This orphan has been claimed by: Anne Merrick

Ellen was born on 16 August 1851 at Brown's River and was baptized at St Clement's eleven days later. After leaving the Orphan School she worked only intermittently and was a resident of the New Town Charitable Institute from at 10 August 1871 to 24 April 1878 when she left at her own request to find work but was readmitted on 13 June of that year.

She was discharged on 22 February 1879, unable to work; she may then have gone to New Norfolk where her father and several of her siblings were. On 18 August 1879 she was admitted to the New Norfolk Hospital.

She died at the Hospital on 20 September 1884 aged 33 and was buried at St Mary's, Gretna. Her headstone reads: 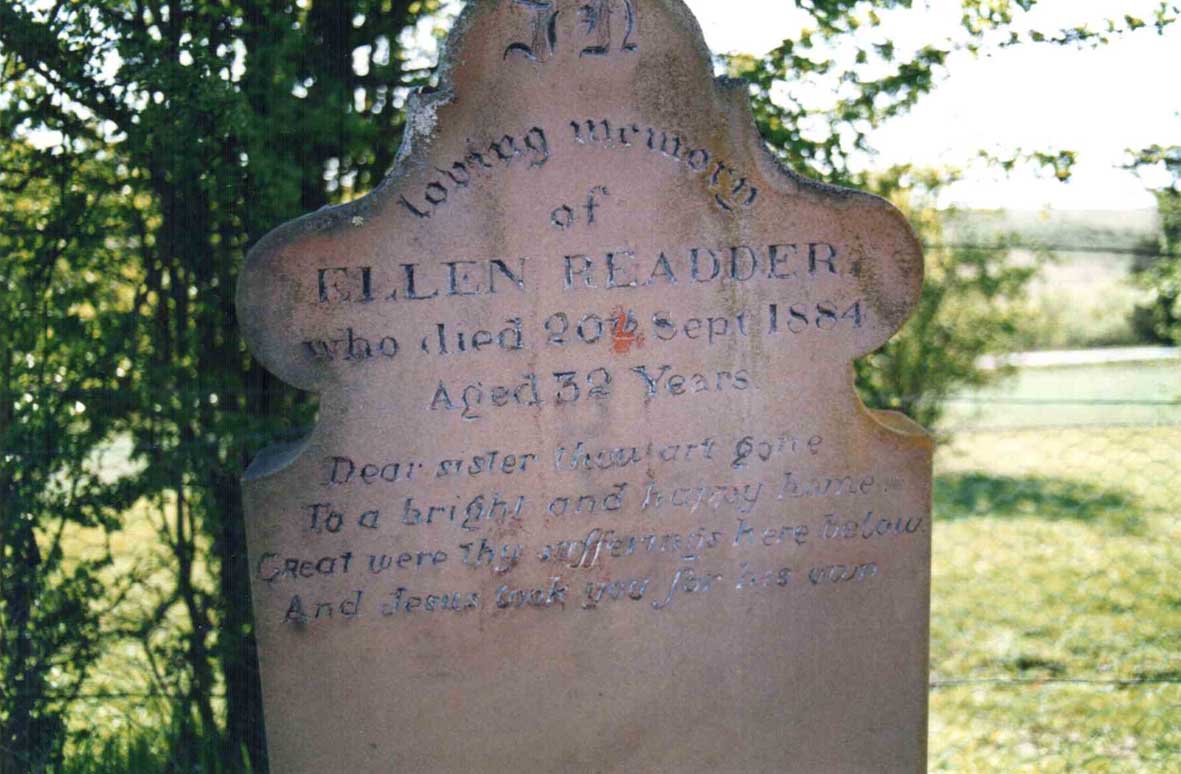