This orphan has been claimed by: Carol Thompson

Sarah's mother was Ann Jones (identifier 3 on the 'Cadet') arriving 1848. Ann brought with her her two daughters Sarah and Mary Ann.  Both girls were admitted to Queens Orphanage whilst Ann was assigned out. Ann was moved to Launceston where she met and married Thomas Thompson (per 'Equestrian) in 1851.  Ann & Thomas had four children: Elizabeth; Mary; Thomas Henry & William (deceased as a child).  Mother Ann applied for and had both daughters discharged from Queens to her care, in 1852.  They were raised with the Thompson family.  The lived in Launceston and then the Port Sorell and Formby (Devonport) districts.  Thomas Thompson was the ferryman on the Mersey River.

It is not known if Thomas Sales (Sail) was Sarah's biological father as records have not been found, but she is believed to have been born in London, Middlesex in 1848. Ann was his common-law wife.  Thomas Sales was convicted for murder and subsequently executed, in London, in 1848.

Sarah married Edward Devlin in 1865 in the Port Sorell district. Step father Thomas Thompson was a witness at the wedding. Sarah was recorded as a domestic and Edward a boatman. (Thomas Thompson was a boatman/ferryman so she may have met Edward through this.) The Devlin family were owners of hotels and by 1877 Edward had the lease for the Commercial Hotel in Ulverstone. in 1893 Edward was a shipowner and hotelier - he operated a steam ship between Launceston and Ulverstone.  Sarah appears to have been a very astute (sharp) business woman as well, running boarding houses and a coffee palace.  She was also the local mid-wife. Sarah and Edward had 9 children, Catholic religion. Most of the children lived in the Ulverstone district. Sarah died 1928 in Ulverstone and is buried in the cemetery there, with her husband.

Newspaper obiturary: Obituary:
The funeral of the late Mrs. Sarah Devlin, wife of the late Mr. Edward Devlin, took place yesterday afternoon in the Roman Catholic cemetery, Rev. T. J. O'Donnell officiating. The late Mrs. Devlin was 84 years of age, and passed away at the residence of her son, Mr. A. A. Devlin, at Latrobe. The carriers were four grandsons-Messrs. Ed.. Mays, W. Pickett, J. Devlin and A. Devlin - and the chief mourners were Messrs. Henry, James, Albert and Arthur Devlin, sons; Mrs. Mays (Melbourne) and Mrs. C. Pickett (Launceston), daughters; and Mr. C. Pickett, son-in-law. A son, the late Mr. Alf. Devlin, Sydney, died four years ago. The deceased'lady's husband predeceased her 21 years ago. The late Mrs. Devlin was a nurse in her younger days, and was well known on the North-West Coast, particularly at Ulverstone, in which district she resided from her girlhood. The representative gathering at the funeral bore testimony to the esteem in which she was held. She arrived in Tasmania when a little girl, with her father, the late Mr. Sales, her mother having passed away in England. She lived a use fullife, and hundreds of residents of Forth and Ulverstone to-day can testify to having received practical and sympathetic help from her. Nothing in the interests of the needy was ever too much trouble, and the deceased lady leaves behind her a record of service to her fellow being of which anyone might be proud. For several years past, she had been ailing, and the end came after she had been bedridden for a month.
Note: It was actually Sarah's father that died in England, and she came out with her mother.
Advocate newspaper 24 Sep 1928.

Sarah is known to the Thompson family through her half-brother Thomas Henry. 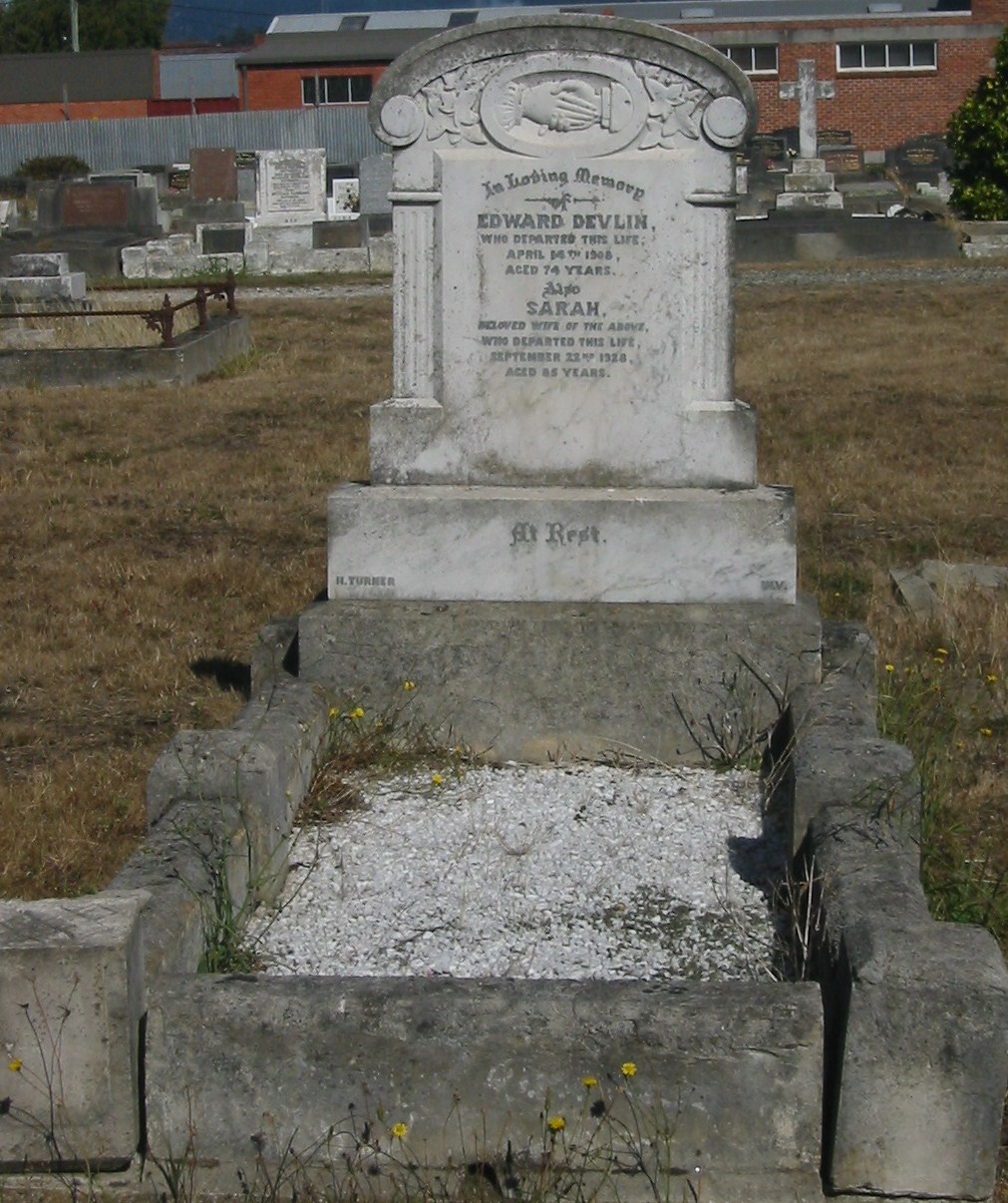